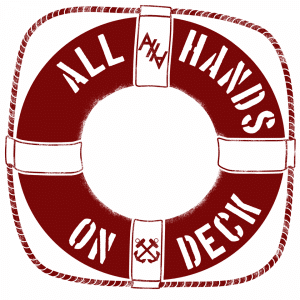 Over the past couple of years, we have increasingly felt the burn of God’s heart regarding the murdering (aka “issue”) of the unborn in our state and nation through abortion. About a year ago, we began intentionally praying for the end of abortion.

Prior to that, though grieved over abortion, we felt that by preaching the Word and focusing on evangelism, we inadvertently were combating abortion (believing that a woman would not go through with an abortion if they knew Jesus). In other words, we were anticipating a spiritual revival to end abortion.

As you may or may not know, everyday in Minnesota, over 30 babies in the womb are sucked into vacuums or pulled out of their mothers in pieces. This translates into roughly 11,000 abortions annually, just in Minnesota alone!

Nationally, roughly 3,000 unborn babies die daily, which translates into well over a million a year! The black community makes up 40% of all abortions (though blacks are only 14% of the total U.S. population). Maybe more shocking, 70% of women who get abortions personally claim to be Christian, and some even show up to the abortion clinics with church bumper stickers on their cars.

We have wrestled with many questions in light of these facts, such as:

So we have gone to God’s Word for direction, and we have found that God addresses abortion as early as His condemnation of the Old Testament Israelites for their practice of human baby sacrifice to the God of Molak. He is not happy. We humans are made in the likeness and image of God, we are “fearfully and wonderfully made” by our creator, our inner parts were formed in secret, and He knew us before we were born. He formed us in our mother’s womb.

So when God watches these little ones that He is forming get ripped apart– how does He feel? It’s quite obvious that our God, who is filled with emotion, is in great, great pain, sadness, anger and compassion for those innocent ones whose lives are being taken. In fact, we were given a vision of Him on fire and screaming because of this great evil called abortion.

As the burden of abortion has been laid on our hearts, we were grieved to acknowledge that, though growing up in the Baptist Church and in a Christian environment, we have never heard one Pastor, Youth Leader or Deacon talk openly about abortion. Even to this present day, we have personally never heard this critical issue brought up in any of the churches we have visited or currently attend.

We have attended many churches, and have been active in our current church for several years. Sadly, it was through a small number of national Christian leaders where we first heard the heart of God regarding abortion years ago, NOT in the church.

On the other hand, we have heard quite a bit from the pulpit over the years about other social justice issues, like feed the poor, reach the lost, gang violence, social disparity, love your enemies (all very important issues, by the way)…but never a sermon on loving our unborn neighbor, who is unjustly scheduled to die within just a few miles of us.

We have NEVER heard a passionate sermon message on the evil of abortion from a local pulpit leader in our community. We believe IT IS FOR THIS REASON — the silence of the church pulpit — that abortion continues to be tolerated in our land. So by their silence, Christian communities are essentially enablers of this great evil.

We have prayed and brainstormed as to why our leaders have not talked about this. Maybe because it seems like a “political” issue and that the Bible is silent on the matter. Maybe it’s too divisive to talk about, knowing there may be a great number of people who have either had an abortion or consented to a loved-one having one.

Maybe there is a fear of losing members or seeming “radical”. Or, maybe it’s simply a lack of understanding on God’s heart and mission regarding the murdering of children. No matter the reason, none are good enough to stay silent. God is saying:

The time is now to change our position of indifference to a position of action to save lives.

When we were praying about abortion, we heard the phrase: “All hands on deck”. When we got this word, we knew God was saying that He is now calling all churches and every Christian to find a place in the battle to help pregnant women save their babies.

In Dr. Seuss’ “Horton Hears a Who” the movie climax is when every “Who” in “Whoville” needs to use their voice and hands to make as much noise as possible to save their city. God used this moment in the movie to confirm in our hearts that change comes with noise.

The Lord was saying that abortion is not something He wants His church to make peace with or live with as a societal practice done around us. He wants His Bride to engage head on against this evil with all our might.

Hear the word of the Lord: Abortion can and will end ONLY when the people of God make as much noise as possible by crying out to Him and moving into action. We must all do it to see this great change happen. An evil as great as abortion needs an even greater response from the church.

You may be thinking what we used to think:

Is there any other people group that is weaker and considered any less than babies in the wombs of their mothers? Really. Please take a moment to think of someone weaker and in more need than unborn babies being considered for murder…

There is no other social issue in our day greater then that of legalized abortion. We have 30 children being murdered daily in our state—that is 180 babies DEAD in ONE week’s time, or over 700 babies in a month.

Imagine if 30 children died daily of starvation right in our city. You would be preaching about it constantly, organizing food shelters, and exhorting your congregation to be the hands and feet of Jesus. Do you see how hypocritical our silence on the daily murder of unborn babies is? Though we do not audibly hear the cries of the unborn, you CANNOT say this is not your calling.

We the people of God CANNOT go on and ignore the destruction of the image of GOD through the murder of our unborn children. The only way hearts and minds will change is when THE CHURCH and its LEADERS pick this battle up and fight with all our resources, gifts, talents and strength.

History is made by individuals who stand up for what is right no matter what it may cost them. Friends, popularity, praise of men–these things should mean NOTHING to men and women of God. I know the fear of addressing this Goliath is great, and what you could lose is real. But if you do pick this battle and start speaking up, MANY women and men in your flock will receive healing from past abortions, and many women WILL CHOOSE NOT TO bring their unborn baby to the slaughter because you took a stand.

We have personally seen 2 women not get abortions just because we spoke up on my Facebook. Facebook…that’s it. Not a pulpit, not a rally, not a classroom. I took a virtual stand, and lives are being saved. Imagine the lives you could save using the platform God has given you to save many more lives. What if we, together, hold arms side-by-side (like in marches back in the 60s) and see a mighty wave of justice for the unborn in this state and nation?

We want Christians to pray intently and purposefully on ending abortion. We believe prayer is paramount in this fight and encourage it first and foremost. Some examples are:

We believe going to the abortion clinic where they plan to commit murder is a love your neighbor issue and not a special calling. The bible say in Proverbs 24:11: “Rescue those being led away to death; hold back those staggering toward slaughter” (NIV).  We can all do this in a way that fits us as individuals, such as:

Our culture is a culture of death. We are apathetic, and with social media, we can avoid talking about complex, controversial issues. We need to confront this issue head on, and there are many ways to do that in a way that brings attention to the need for the abolition of abortion. Here are some of them:

We must be careful that we do not continue to walk by the men on the side of the road on our way to our religious practices like the Levite and Priest in Jesus’ parable of the Good Samaritan, thinking it’s too costly to stop and help. WE MUST STOP, WE MUST CARE. We must work and care for our unborn neighbors. Our family (the Rushes) have walked by these babies for too long, and we humbly ask you not to do the same.

This letter is a call for you and I to come out of our position of apathy into the burning heart of God. I encourage you to take this seriously and sincerely to the Lord and cry out and ask Him for His heart. Justice should begin in the womb. Let’s not let another 40 years go by without the Church’s full involvement, lest we be guilty as the German Christians were during World War II, or as those who were apathetic during the slavery days in our nation.

We believe you have it in you to do the impossible and go down in history as those who had courage to not allow evil to prevail without a fight. You may already be on the front lines of the abortion fight, and if you are, we would love to be an encouragement to you in any way possible.

Take some time to pray and ask God how He can make this mission a reality for you and your network. I will follow up with you after you have prayerfully considered this critical issue to find out what strategy God has given you in the fight to end abortion. I look forward to speaking with you. If your with us please contact with us. 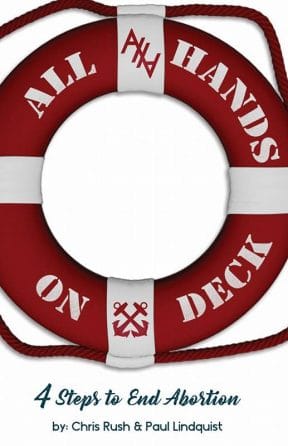